It’s been FOREVER since I posted a Getaway! Okay since February, but that seems like ages ago.

This is the first time Kevin and I have ever gone back to a place we’ve been before. Not because we’re banned, but it’s probably not that far-fetched. You may remember that we spent our Babymoon in Scottsdale when I was pregnant with Savvy a couple years ago so it was a different sort of trip for me this time around.

Do you guys remember that jerk #NaplesEmily? Well enter the #ScottsdaleKuhlmans. 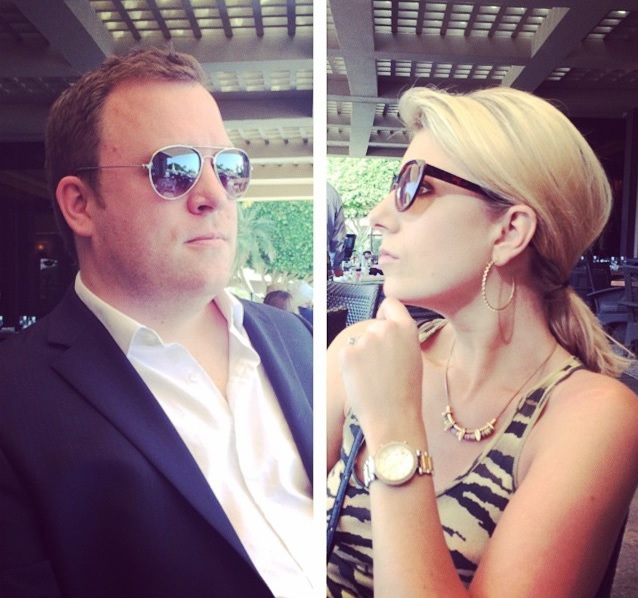 The #ScottsdaleKuhlmans have no schedule, no jobs, no responsibilities. They are accustomed to a certain lifestyle, a certain level of service, like extra chips. They dine al fresco and go to the spa and read Town and Country magazine.

On our last trip I was pregnant, but with no excuse this time, I agreed to hike Camelback Mountain. My prep consisted of buying a cute olive green hiking jacket which I accented with a silver scarf, giving me what I felt was a sort of European backpacker vibe.

We got up with the sunrise and were some of the first people to Camelback Mountain. When we got on the trail I knew I had made a huge mistake.

When I hear the word “trail” I think unpaved, minimal landscaping, possibly bikes. This was not so much a trail as a rock climbing exercise. There were points when it got so narrow I didn’t dare look down. Sporty people passed us with their high-tech water carriers and fanny packs full of granola; they all smelled of patchouli lip balm and SPF-a-thousand. Some even wore those mullet hats with fabric on the back to protect them from the blistering sun. With my scarf and jacket I might as well have been wearing a bathrobe.

This is literally about 7 minutes into our hike:

When I saw the other hikers in their gear I began to get intimidated by what was to come. As we scaled higher up the mountain it became apparent to me that Kevin was, against all odds, enjoying it. I knew if we stopped to take photos I could rest. Here I am posing on a rock.

Some men walked up the trail past where I was resting on the rock and Kevin was standing over me, as he had just taken my picture. My husband said “Hello.” The men nodded and said “Hello.” I whispered, “Help me.” Then one of the men said, “Wait, what? Did you just say ‘help me’?” They eyed my husband suspiciously like he was Nick in Gone Girl. He gave a panicked/embarrassed grin like, “Eh, what are you gonna do about this one!” and they kept walking. (Fun tip: Ladies, this is the sort of charming thing I do ALL the time to keep my man on his toes. He LOVES it when I make strangers think he’s a terrible person. It’s like, SO hilarious to BOTH of us!!!!!)

Finally, I admitted that I just wasn’t up to continuing our hike. I told my husband I was intimidated by these professional athlete climbers and that I just wasn’t prepared enough with the right apparel and equipment. I told him I didn’t want something dangerous to happen and my children be motherless on Mother’s Day and he agreed that we could head back down the mountain.

This, in the movie business, would be called comedic timing, because as we headed down the trail it was apparently hiking rush hour with throngs of people breezing up the hill with ease. There were elderly women, fat guys in sandals, and three-legged dogs. I swear I actually saw a little girl wearing heart sunglasses talking on her cell phone as she traipsed by me with her tan, athletic family. I guess my real question is, what are these desperate people trying to prove? I just feel sorry for them.

We went to brunch where I felt comfortable back in my natural habitat drinking champagne on a balcony eating one bite of everything on a fancy brunch buffet, using 5 unnecessary plates and pretending to read the complimentary newspaper. 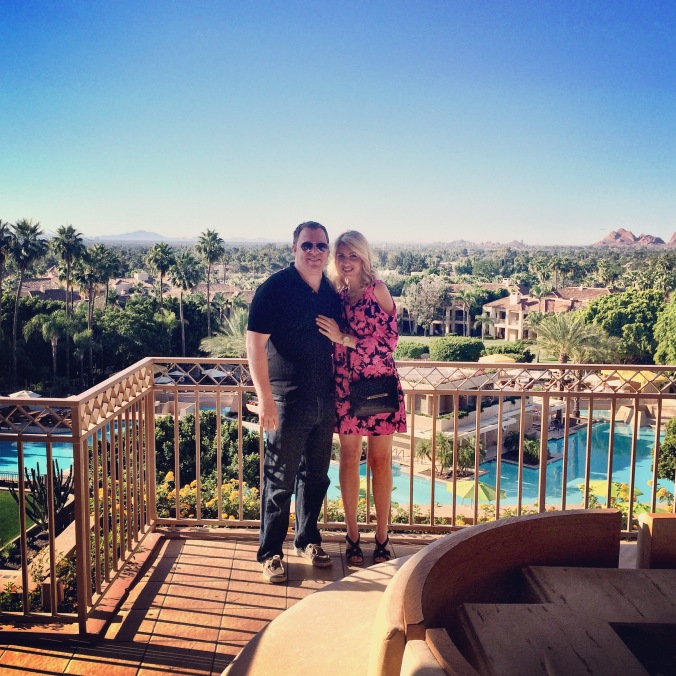 As we do on every vacation, we had a dance party in our hotel room and I made us take what I affectionately refer to as “Senior Pictures.” 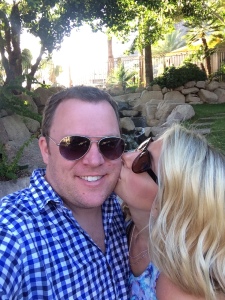 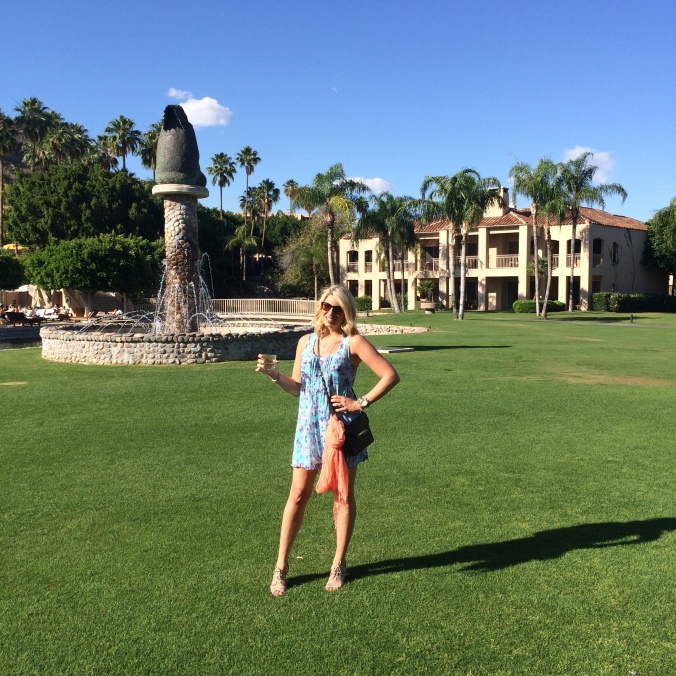 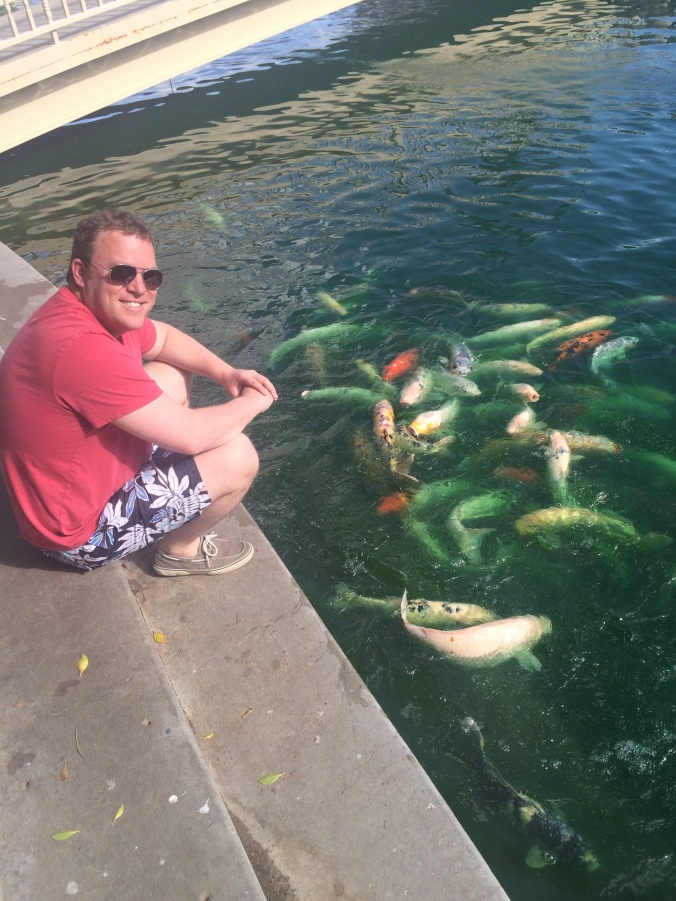 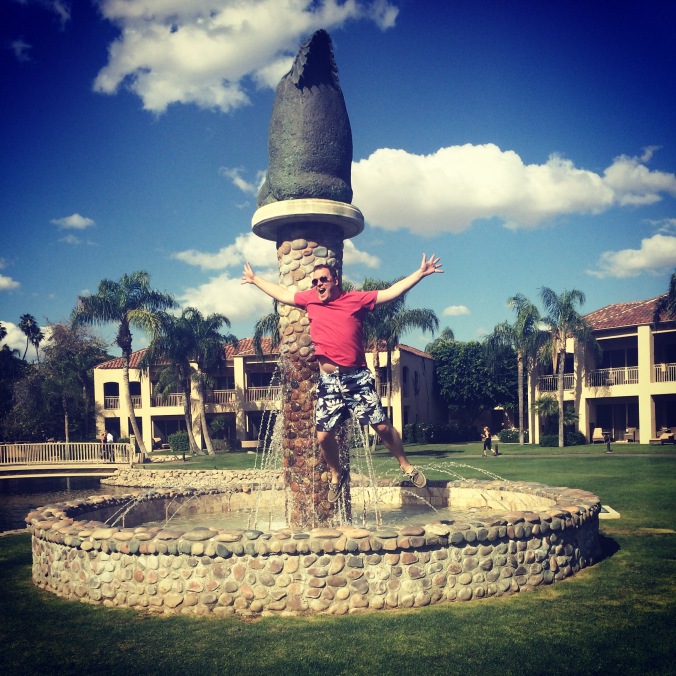 The Phoenician has a waterslide and yes, we are totally that couple that takes turns standing in line with all the kids while the other one waits to get the perfect shot. Kevin is obviously better at this than I am. 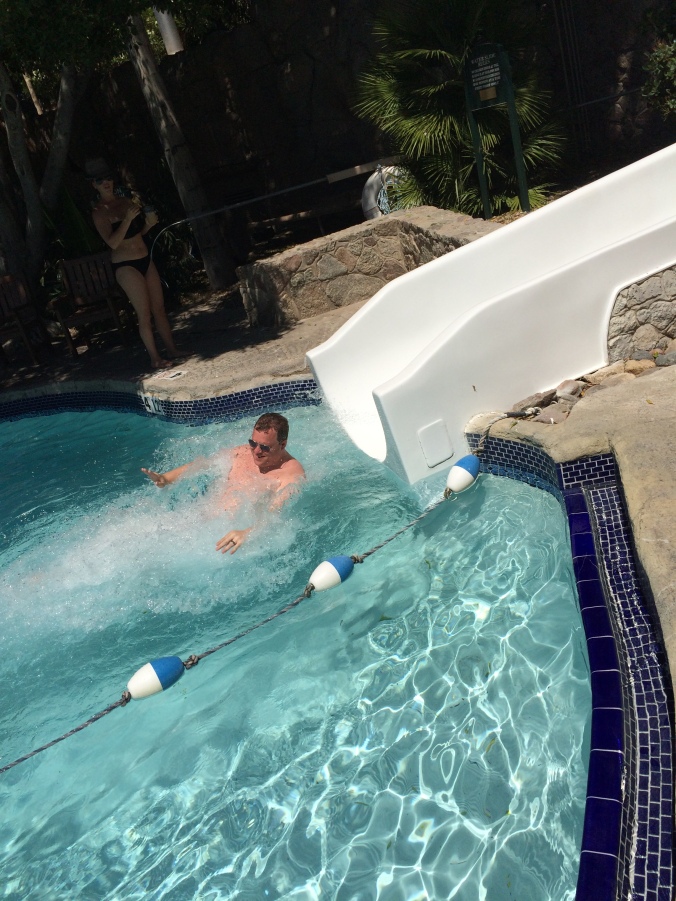 Each day the resort Sommelier has a complimentary tasting so the first day we had champagne and the second day we learned to make Mojitos. I’m not going to say it’s “frowned upon” to take over the class and start mixing your own drinks, but by the third one I felt we should probably go… 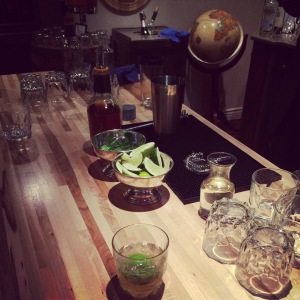 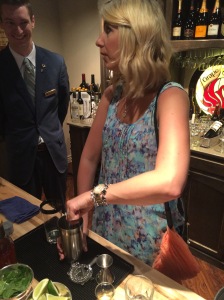 We took some cinnamon infused tequila for the “road.” 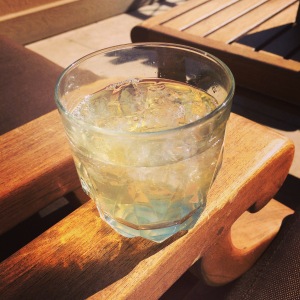 This is the picture Kevin snapped when we got back to our hotel room for our siesta.

I call it: Ding Dong the Witch is Dead. 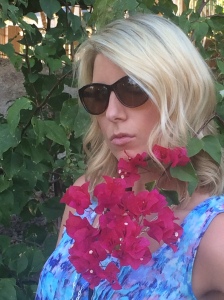 After lounging pool-side in this idyllic setting for days, it was time to go home. We stopped to get some crappy nachos in the airport and when we got our change it’s as if the universe was saying to us, “Back to the real world, A-holes.” 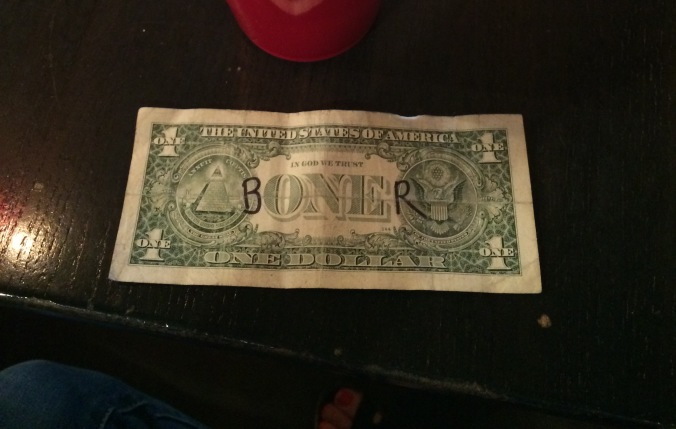 One thought on “Getaway: Scottsdale Kuhlmans”

Hearing from you always makes my day: Cancel reply